An international, marian place of pilgrimage

Father Joseph Kentenich: A companion and father for many people

Josef Kentenich was born on 16 November 1885 in Gymnich near Cologne, Germany, and was ordained a priest on 8 July 1910. Already in the first years of his priestly ministry he became spiritual director at the Pallottine High School in Schoenstatt near Vallendar on the Rhine river. During this time he laid the foundation stone for his work – the Schoenstatt Movement. In the years that followed, he founded the lay and priestly communities of varying commitment that make up Schoenstatt, and since 1926, the various Schoenstatt Secular Institutes.

Arrested by the Gestapo in September 1941, he was sent to Dachau concentration camp, where he remained until April 1945. Here he consolidated his work and expanded it internationally. From 1949 onwards the Church subjected Schoenstatt to an examination; during this time Milwaukee, USA, was assigned to the Founder as a place of residence and contact with his work was largely cut off. At Christmas 1965, fully rehabilitated by Pope Paul VI, he returned to Schoenstatt. He immediately devoted himself again with all his strength to the building up of his work, which by then had spread throughout the world.

The most characteristic feature of his personality is the traits of a marked, natural-supernatural paternity. He was endowed by God with extraordinary natural abilities and a deep disposition for the supernatural – gifts to fulfil his mission for the Church of today and tomorrow. (Source: www.schoenstatt.de)

Father Kentenich died on 15th September 1968 immediately after celebrating his first Holy Mass in the newly built Holy Trinity Church on Mount Schoenstatt. This is also the place of his burial, to which thousands of pilgrims from many different countries come every year. On his sarcophagus are the words he wished: „Dilexit Ecclesiam“ (He loved the Church).

The process for Father Kentenichs beatification and canonisation was opened on 10 February 1975 by the Bishop of Trier. Many people around the world experience Father as a companion in their faith, as a friend and spiritual father on their journey through life. 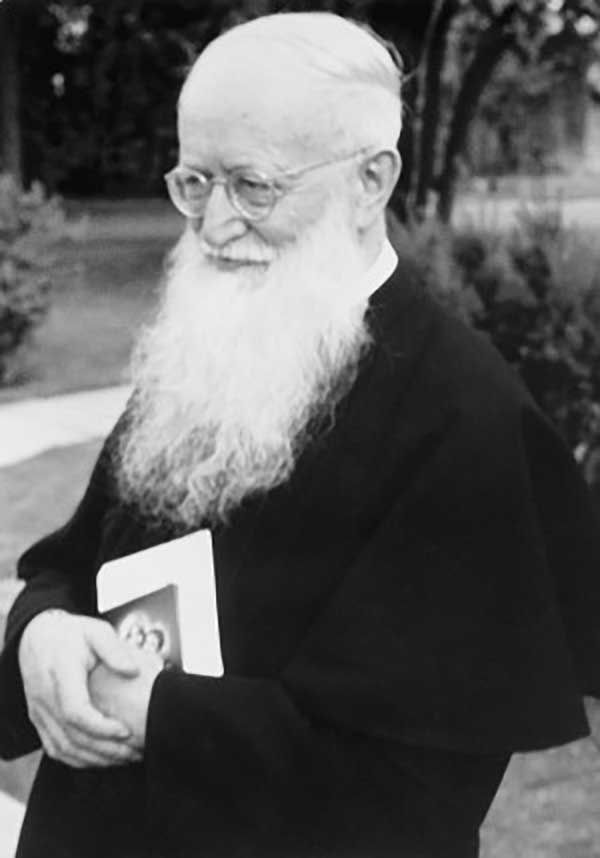